How Much Will Spaghetti Code Really Cost You?

Spaghetti code can lead to the failure of your IT infrastructure. Learn how to fix messy code and avoid it in the first place.

How Much Will Spaghetti Code Really Cost You?

You’ve seen the memes. Slick, polished front ends with disasters lurking underneath. They get a chuckle out of programmers because we’ve all been there trying to make sense of tangled, convoluted code bases. Repositories where successive developers and teams have written whatever they wanted with no method to the madness. One thing is certain, though. Spaghetti code is anything but funny. It’s a productivity killer and a major liability.

While implementing and following some strict guidelines may be more time-consuming upfront, creating high-quality code will save you and your company money — and sanity — in the long run. Messy code is expedient, but it ultimately causes more problems in the long run.

As your project evolves, this tangled code means you waste a lot of time and resources maintaining, or even rewriting large chunks of code. This, in turn, leads to technical debt and potential security issues that are hard to spot in unstructured sections of code. Add higher maintenance costs and lower productivity and you’ll quickly have a bigger mess on your hands.

The good news, though, is that the sooner you spot spaghetti code, the sooner you can start to secure it. And if unclear and disorganized code is already getting out of hand, you can always fix the mess with the help of an experienced vendor.

In this post, we’ll look at how to fix messy code, avoid it in the first place, and when it's the right time to bring in an external specialist.

Spaghetti Code — What it is and why it’s a problem

“Spaghetti code" does not conjure up pleasant images and is not a metaphor you want in your codebase. Like a dish of noodles, spaghetti code is poorly organized, tangled code that can happen when there’s poor project planning, a lack of expertise, or a shift in project scope. Left unchecked, it can lead to the failure of your IT infrastructure.

One common cause is when numerous developers work on a project over several years without a clearly defined programming style and structure. This is often due to teams that don't use structured, object-oriented, or functional programming techniques to write code. That anarchy can result in disorganized chunks of code that are difficult for other developers and quality assurance specialists to read and maintain.

It's unclear who came up with the term "spaghetti code," but it appeared in the late 1970s when it described code that had no real structure. Later in the 1980s, it appeared in the white paper A Spiral Model of Software Development and Enhancement. Today, this type of code often results in a complicated ad-hoc structure full of large, individual functions with a lot of dependencies, resulting in a program that is difficult to scale and keep secure.

How does it affect aspects of your bottom line such as production, budget and productivity?

A disorganized codebase is hard to maintain, it’s not reusable, and your applications may not work as you intend. Software dependencies change constantly and if you’re not able to adapt quickly because the code is a mess, it can cause bugs and downtime you’ll have to devote finite resources to fix. You can check more about technical debt in our blog article.
Constantly putting out fires can wear down a team and lead to professional burnout. Poor user experience or vulnerable security can also degrade user trust and drive people to competitors. Cash flow, talent retention, and your reputation are all some of the risks you face with spaghetti code.

How to avoid messy code?

As with many things in life, it’s easier (and cheaper) to prevent disasters than to fix them. With some clear structures and guidelines in place, your team can avoid spaghetti programming altogether. It's all a matter of concrete planning, adherence to clear programming practices and strong development culture.

The most effective technique to avoid spaghetti code is to establish a coding style guide in your organization. Coding standards are simply guidelines that everyone has to follow to make everyone’s jobs a bit easier. They ensure that everyone's code is in the same format, making it easy for QA specialists and other developers to spot and fix errors. It also helps guide your team — especially new hires — in navigating through the code base in an organized and logical way. Proper naming, reducing the number of classes, or using lightweight frameworks are just some of the good practices you can implement to avoid spaghetti code.

An interesting resource to check out is the 5S Methodology. It focuses on improving working practices by encouraging good organization, decluttering and overall cleanliness. It was developed back in the 1950s, but the wisdom is still just as relevant today.

Clean code principles, in addition to coding style guides, can help keep your code from becoming overly complicated. If you commit to following the guidelines, your code will inevitably be more consistent and easier to understand. This will help you avoid spaghetti code, as you will always know which class, method, or function you are responsible for. Remember that your code should be focused, extensible by any other developer, and equipped with unit and acceptance tests, among other things. Language-specific constraints are not used in clean code. But keep it sane, not each of these rules needs to be in a 1:1 relationship with your codebase.

If you want to learn more about clean code standards, you can also take a look at the book Clean Code - A Handbook of Agile Software Craftsmanship by Robert Cecil. It focuses on tips for creating clean and easy-to-understand code that relies on high readability, changeability, extensibility and maintainability. But keep it sane, not every of these rules needs to be in 1:1 relationship with your codebase.

Write in programming languages aligned with your team's skills

From the outset, check that the project's requirements are compatible with the team's capabilities. Most spaghetti code is the result of inexperienced developers trying to complete their tasks under strict deadlines. This is as important as the technology and language you choose. Although most programmers are quick to pick up new languages, they should not be forced to do so if it goes against their expertise. They might be able to do it, but they would not be incentivized enough to go the extra mile and be highly productive. Match languages to your team's preferences.

How to tame the chaos

If you stumble upon spaghetti code, you definitely need to fix the mistakes of the previous one and make sure that future maintenance of the software is possible. Of course, the easiest solution is to start from over, but that's not always an option. Let us examine possible scenarios.

There are some cases when a complete rewrite would be the best option to deal with the unsustainable monster of old code. Obviously, that’s the most drastic way to tackle spaghetti code, but it may be the best option if maintenance costs exceed the cost to start over. Alternatively, if your software is running on a technology stack that’s becoming obsolete, it may be time for a rewrite. After all, you can’t patch outdated tech stacks.

In these cases, it's better to start from scratch than to keep maintaining a legacy codebase. However, a total rewrite is not always viable (read more).

Rewriting is drastic and can take a lot of time and resources, which vary depending on the size of the module. You also risk introducing new bugs into the new code. Since spaghetti code is hard to read and understand, some of the bugs that older lines of code fixed can re-emerge if developers overlook them.

When a complete rewrite is not possible, phased migration to new technology may be the best option for you. While it may seem like you are just piling more onto the mess, this is not the case with people who know what they’re doing. Migrating your code to a microservices architecture, for example, solves many of the problems with spaghetti code. It divides the elements of an application into tiny, controllable functions.

Thanks to this architecture, developers can update the system's functions and attributes at any time. You can replace individual services within an application with applications that rely on newer technologies, rather than having to replace the entire program.

Should you hire a vendor?

Sometimes the best thing to do is to stop banging your head against a wall and reach out for help.

Any team members involved in trying to fix an unstructured mess are bound to feel anxious and frustrated. Fixing existing code makes your life easier and protects the project from potential problems, but sometimes it's wise to delegate this effort to a professional agency that specializes in untangling knots.

If you want to save time and resources on maintaining a clean and well-organized code, you can always outsource this task. Our department will take care of any kind of spaghetti code from start to finish, leaving you free to focus on launching new features and ensuring safety, productivity and low maintenance costs. 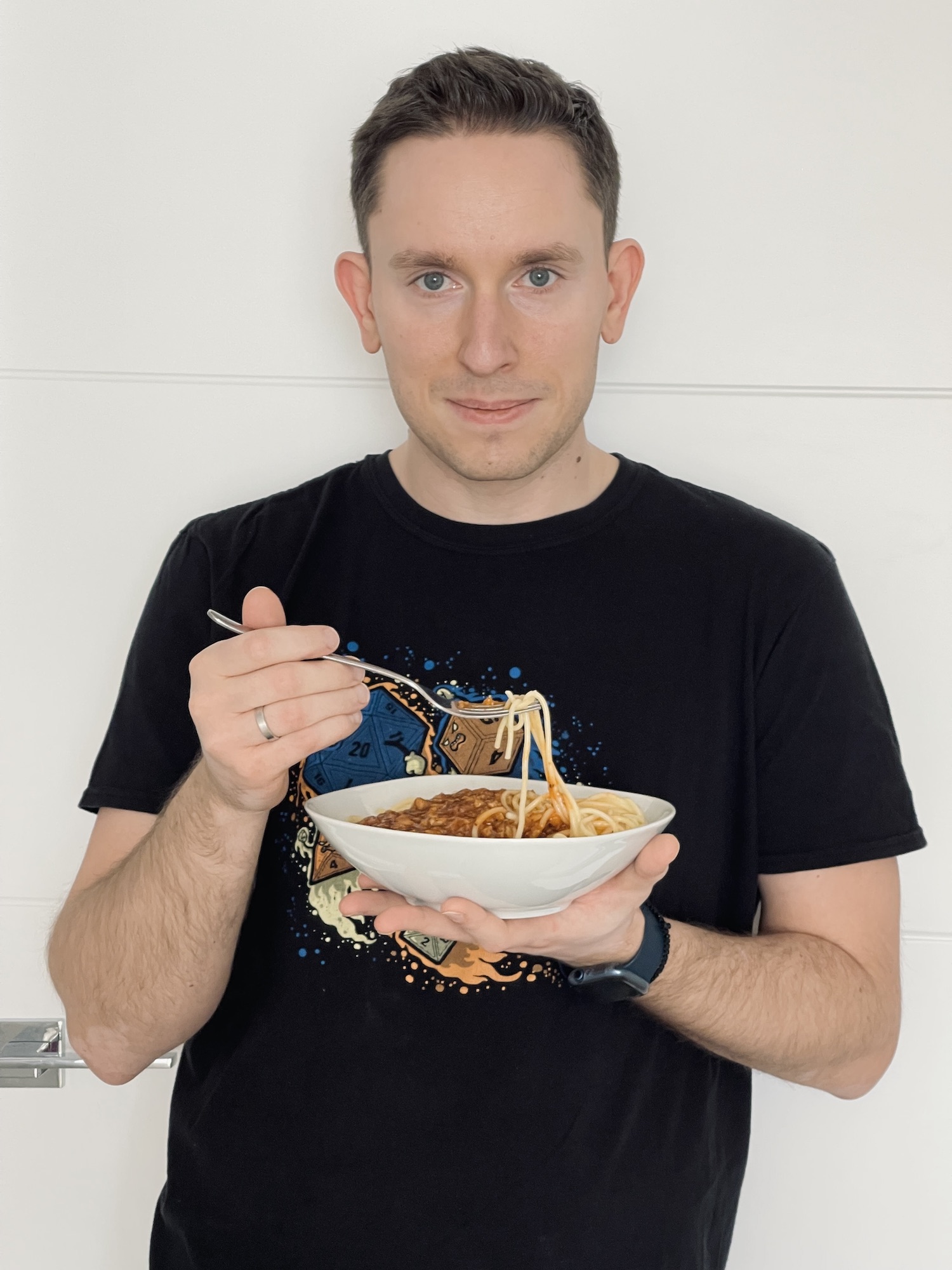 We know that dealing with spaghetti code can be tedious. One of the most frustrating aspects of being a developer is spending many hours debugging a messy code base and trying to figure out which line of code was changed in a huge repository.

However, if your team implements sticks to object-oriented and more structured programming languages and documents changes, you can avoid endless and unclear strands of spaghetti programming — and instead end up with code that’s fresh, easy to navigate, secure and well documented for future maintenance.

We build success with U.S. based startups

Refactoring vs. Rewrite - Which is a Better Option ?

Refactoring vs. Rewrite. When to Refactor or Rewrite Your Code? What factors should you consider before the final decision?

Building React apps, ever wondered where to put that "thing", and how to name it?

12 Things a CTO Looks for in a Junior Developer

What makes a good Junior Developer great? What qualities and skills should you have in order to be an excellent developer and maybe become a CTO one day?

Build your next innovative JavaScript product with us